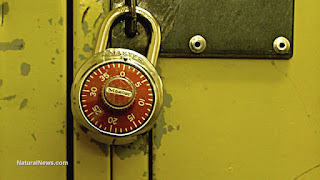 NaturalNews
Not only is it horrendous for those forced to participate, but it is a rite of passage increasingly popular in high schools around the country that would horrify most parents if they were to find out about it.

Dozens of boys have reported being victimized by the practice, and most of the victims are younger students, while the criminal offenders are older.

As The Daily Caller elaborated:

One of the latest incidents occurred over Christmas break when three members of a small-town Tennessee high school basketball team were arrested and charged with aggravated rape after an incident involving a 15-year-old freshman.

Local reports noted that the incident occurred in Gatlinburg as the Ooltewah High School boys' basketball team played there in a tournament. The Chattanoogan reported that three older players – all of whom were juveniles – allegedly used a wooden pool cue stick to sodomize the 15-year-old in a rental cabin.

The reports say the boy "was tortured by three of his teammates," as recounted by a family member. The boy collapsed the day after the act, and was rushed by ambulance to the University of Tennessee Medical Center, where doctors discovered that both his colon and bladder had been ruptured in the assault. He was told he would need to wear a catheter and a colostomy bag for several weeks while his insides healed.
Social media used to spread rape and sodomy techniques and stories
In addition to being charged by authorities, the three players who raped the unidentified freshman boy have also been booted off the basketball team.

Another similar incident which took place in the middle of December, led to the cancellation of the high school's entire boys basketball program at Strasburg High School in rural northern Virginia, for the remainder of the year.

"The Shenandoah County Public Schools received what initially appears to be substantial allegations about physical misconduct among student athletes," school district superintendent Jeremy Raley said in a statement that was published in the Martinsburg News-Journal.

In that case, a 16-year-old student allegedly suffered abuse while on a school bus, officials said.

"We are also taking the action necessary to protect our students from behavior that is not and will not be tolerated by our school division, including any possible retaliation for reporting of allegations," the statement added.

Social media plays a huge part in the spread of high school hazing according to Susan Lipkins, a New York-based psychologist who has analyzed and studied the issue. High school boys and girls learn about ways to brutalize each other in virtual communities.

"Each time a hazing occurs, the perpetrators add their own mark to it by increasing the pain or humiliation," Lipkins told Bloomberg News in 2013.
Blaming the victims
Lipkins was referencing a case that occurred in Colorado, when a 13-year-old boy was cornered on a school bus by three upperclassmen, bound with duct tape and sodomized with a pencil. Two of the attackers were sons of the school wrestling coach, who was also president of the school board; the victim's father was the principal of K-12.

In that case, the victim's father said that no one would help, and in fact students and townsfolk blamed his son, the victim. He was eventually forced to resign, even though the attackers pleaded guilty to misdemeanor charges.

See also
Miley Cyrus, or: why Orthodox Mission in the West is an urgent need...
LIVE, BEYOND THE LIMITS!
Why I’m not an atheist
False Black: Gothic Orthodox?
Hippies meets Orthodoxy
A smile from eternity & a barefoot saint in USA
LOVERS OF TRUTH: THE LIFE OF HIEROMONK SERAPHIM ROSE
Lover of Truth: St John, The Wonderworker of San Francisco
The holy anarchists
VALERIU GAFENCU - The Saint of the Prisons and Prisoners
Through Closed Doors
Two Deaths
Klaus Kenneth, the spiritual traveler
Orthodoxy's Worship: The Sanctification of the Entire World
Αναρτήθηκε από ΝΕΚΡΟΣ ΓΙΑ ΤΟΝ ΚΟΣΜΟ στις 3:15 μ.μ.