Matthew Gallatin: Thirsting for God in a Land of Shallow Wells

Matthew Gallatin is the author of the popular book, Thirsting for God in a Land of Shallow Wells (Conciliar Press, 2002). Audiences around the country have heard him share the story of his journey from evangelical Protestantism to Eastern Orthodox Christianity. “Pilgrims from Paradise,” his weekly podcast on Ancient Faith Radio, reaches thousands of listeners each month with timely teachings on the Orthodox Christian experience. 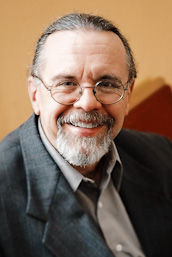 Matthew’s podcasts, lectures, and retreats cover a broad spectrum of topics: his conversion to Orthodoxy, the comparative differences between Eastern and Western Christianity, the problem of Christian pluralism, the ascetic/sacramental experience of God, the impact of philosophy on Christianity, the nature and importance of Holy Tradition, discerning the will of God in one’s life, liturgical music, how to simply and effectively share one’s Orthodox faith, the basics of parish growth, Orthodox environmentalism—and more.
Born in West Virginia and raised in Pennsylvania, Matthew moved to the Pacific Northwest to attend college in 1970. He’s lived in Eastern Washington/Northern Idaho ever since. Over the years, Matthew has made his living as a cement contractor, a probation officer, and an evangelical pastor. He has worked in community action agencies, and is a professional singer, songwriter, guitarist, and studio musician.
Matthew received a Master’s Degree in philosophy from Gonzaga University in Spokane, Washington. For 17 years, he taught philosophy at Gonzaga, and at North Idaho College in Coeur d’Alene, Idaho. In 2007, he left his academic post to focus on writing and speaking full time.
Matthew and his wife Alice were married in 1975. They currently reside in Sandpoint, Idaho, and are active in the mission parish of Holy Myrrhbearers Orthodox Church in Bonners Ferry, Idaho. Their son Joshua and his wife Tiffani have two children: William and Lucinda. Kaci, their daughter, is mom to Zachary. All the kids and grandkids attend St. John the Baptist Orthodox Church in Post Falls, Idaho.
As pastor of a non-denominational church during the 1980s, Matthew became troubled by the doctrinal contradictions that separate Christians. He could no longer accept that God would leave His children so divided and confused about who He is and what He wants for them. So, he embarked on a search for original Christianity. His spiritual journey led him into philosophy, which in turn led him to the writings of the Early Church Fathers. 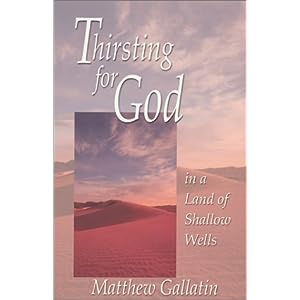 Matthew began to study the faith of the first Christians in earnest. He found that their life centered upon an immediate experience of the presence of Christ. He also came to see that common Western approaches to God—the rational contemplation of the Scriptures, the spiritual application of imagination, or even the practice of charismatic gifts—cannot produce this sort of encounter with the Divine. Rather, it is made possible through participation in the sacramental and ascetic practices which have defined Christian life since the time of the Apostles.
Over time, Matthew discovered that there is only one place where the Early Church’s sacramental and ascetic life has been faithfully preserved: Eastern Orthodoxy. In 1997, Matthew, Alice, and Kaci were received into the Orthodox Church. Joshua and Tiffani joined them in 2005.
Father Peter Gillquist, noted author and Director of Missions and Evangelism for the Antiochian Orthodox Archdiocese, has said that Matthew’s gift is his ability to explain difficult concepts simply. Whatever topic Matthew addresses, his goal is to show how that issue relates to God’s ultimate desire for us: that we be one with Him, and one with each other, in the same way that the members of the Holy Trinity are one (John 17:20-23).
Currently, Matthew is compiling his podcast transcripts into publishable volumes. He’s also working on a book entitled One: What It Means To Be A Christian, which he hopes to publish this year (2009). To learn more about Matthew’s life and ministry, please visit his website: www.matthewgallatin.com.

Click:
To Be Free or Not To Be: Welsh Christianity at the Crossroads
The “Orthodox Option” For Anglicans
Protestantism in search of Orthodoxy
OUR TALENT OF FREEDOM & SOME PITFALLS
Orthodox America - By Issue Number
Orthodox England
"The Orthodox World"
Orthodox Outlet for Dogmatic Enquiries