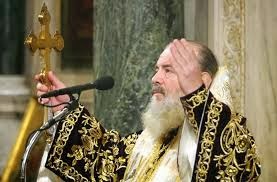 SAINT ISIDOROS AND THE 72 MARTYRS of Estonia 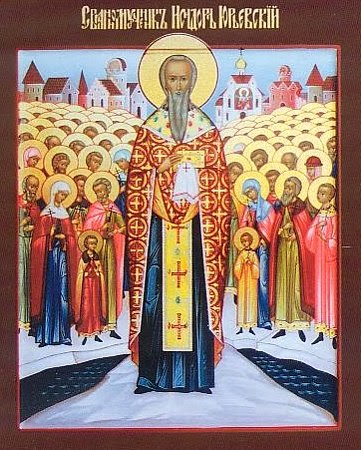 From here (click here!)
Dear People,
One of the great lessons that we learn in life soon after being born into this world is that evil lurks in the hearts of all humanity.  In spite of the Advent of Jesus Christ in Bethlehem two thousand years ago and His profound message of love and understanding, mankind’s fall from the Grace of God often reveals its ugly face.  Jesus Christ established the One, Holy, Catholic and Apostolic Church with his own blood and sacrifice on the Cross of Golgotha.  He has asked us to love one another unconditionally. He says to us in John 13:34. “A new commandment I give to you, that you love one another as I have loved you, that you also love one another.” The message of unconditional love of Jesus Christ is the message that has been proclaimed throughout Christian history and yet there are great divisions in the Christian community today.  Initially there was the One, Holy, Catholic and Apostolic Church that prevailed for 1054 years when the official schism took place between the Greek East and the Latin West.  Five hundred years later the Protestant Reformation took place and since the advent of Protestantism, we have had a constant dissolution of Christian unity. 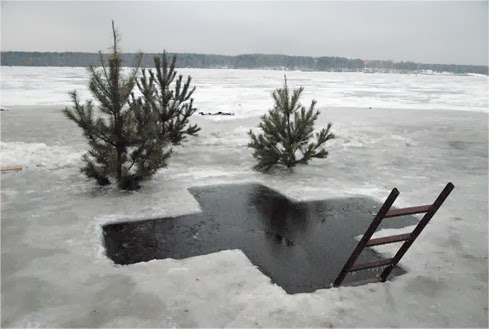 In the 21st, the common enemy of Christianity is secularism, atheism, communism and Islamism.  All these political ideologies are constantly attempting to attract the hearts and minds of all the people of the world.  There has never been a time when Christianity needed a common front to combat all these enemies of the Christian Gospel.  And yet, Christianity is more divided today than ever before.  These divisions are being exacerbated by the watering down of the Christian Gospel that was preached by Jesus Christ.  This has resulted in the West, Europe and America with a form of secularized Christianity.  We need to return to our traditional roots that prevailed during the first one thousand years of Christian history.  The Holy Orthodox Church is that Church that has remained faithful to its Founder, Jesus Christ.  And those of us who are Orthodox Christians must follow the example of Saint Isodoros and the 73 Orthodox Martyrs of Guriev, Estonia in 1472 that you will read about in the story that follows.

In spite of all the enemies of the original Christian message that prevail in the world today, we must never forget that God’s plan will be fulfilled.  There is no power in this world that can prevail against the divine plan of God.   Look at the State of Israel and the fulfillment of God’s prophecies in the 21st century.  He never fails to fulfill that which He has prepared for the salvation of humanity.  We must never lose our faith in Jesus Christ and become victims of the powers and principalities of this world.  We Orthodox Christians are called upon to remain faithful to the Saving Message of Jesus Christ found in the Holy Scriptures and in the Holy Tradition of Holy Orthodoxy.  Our faithfulness to our ancient roots will prevail in the face of our common enemy, the powers of Satan and darkness that are attempting to hinder the plan of God to save humanity.

SAINT ISIDOROS OF ESTONIA AND THE 73 MARTYRS
They were martyred by Roman Catholics
On the Feast Day of Epiphany 1472
In areas of the world where the water is frozen on the Feast of Epiphany, the faithful cut an opening in the ice in the form of a Cross. Once this is accomplished and following the Blessing of the Waters service the Cross is immersed in the water by the presiding bishop or priest.  This is what the Orthodox Christian priest Isidoros of Estonia did on the River Emazogki in Giouriev Estonia.  This particular celebration of Epiphany took place in 1472.   As soon as Father Isidoros blessed the waters of the river and finished with the Epiphany Service, he and seventy three of his parishioners were arrested.  The reason they were arrested is that they refused to convert to Roman Catholicism.  Father Isidoros had been in the gun sights of the Roman Catholics for some time.  He encouraged his Orthodox Christian faithful not to betray their faith and cave in to the demands of their Roman Catholic overlords even to the point of being tortured.

Once these Orthodox Christians were put in jail they were given an ultimatum and a time limit to either convert to Roman Catholicism or face the consequences. In jail Father Isidoros was encouraging his faithful to stand firm in their Orthodox Christian Faith and he even strengthened them spiritually by giving them Holy Communion. Meanwhile a judicial decision was promulgated in the city of Giouriev in the presence of Bishop Andrew, the Roman Catholic Bishop, and the leaders of the city.  Amongst the Orthodox Faithful who were in jail were many women and children.  When the Roman Catholics saw the firmness of the faith of the Orthodox Christians, they decided to choke them to death.  They beat them up and dragged them to the river where the blessing of the water had taken place. They threw their bodies into the Cross opening in the ice and they all became martyrs for their faith.  When the ice melted the following spring, the bodies of the 73 martyrs and Father Isidoros floated to the surface of the river.  The bodies of the martyrs were lovingly gathered up by the Orthodox faithful of Estonia and buried them with honors as defenders of Holy Orthodoxy.  The Orthodox Church of Estonia declared their sainthood in 1897.  These martyrs are honored on January 8 every year.

This is an interesting note on the profound tragedy that took place on Epiphany in Estonia in 1472.   All of this Christian infighting took place in Gouriev, Estonia and led to the tragic consequences in spite of the fact that Prince John 111 of Moscow had signed an agreement with the Knights of Livonia in 1463.  This agreement said that the religious freedom of the Orthodox Christian faithful should be respected and that they should not be forced to convert to Roman Catholicism.  But unfortunately, the German Knights never honored this agreement. These knights constantly threatened and tortured the Orthodox faithful in this part of the world.  Because of this German persecution Father Isidoros and his 73 parishioners became Martyr Saints of Holy Orthodoxy.
GLORIFIED IS THE NAME OF GOD IN HIS HOLY SAINTS
ΔΟΞΑ ΤΩ ΘΕΩ ΕΝ ΤΟΙΣ ΑΓΙΟΙΣ ΑΥΤΟΥ
ΙC XC
NIKA

The "God" of Western Theology
Basic Points of Difference between the Orthodox Church and Papism (Catholic Church)
Orthodoxy's Worship: The Sanctification of the Entire World
Faith And Science In Orthodox Gnosiology and Methodology
LIVE, BEYOND THE LIMITS!
The Saints and the animals
Literature, Culture and the Western Soul
Orthodoxy
LOVERS OF TRUTH: THE LIFE OF HIEROMONK SERAPHIM ROSE
Lover of Truth: St John, The Wonderworker of San Francisco
"THEOSIS" IN SAINT SILOUAN THE ATHONITE AND STARETS SOPHRONY OF ESSEX
Western Europeans in Search of Truth - The Nativity of the Mother of God Convent, Asten, the Netherlands
Klaus Kenneth, the spiritual traveler
Orthodox Church of Poland
Αναρτήθηκε από ΝΕΚΡΟΣ ΓΙΑ ΤΟΝ ΚΟΣΜΟ στις 12:31 μ.μ. Δεν υπάρχουν σχόλια: 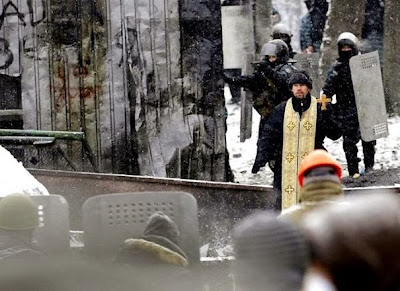 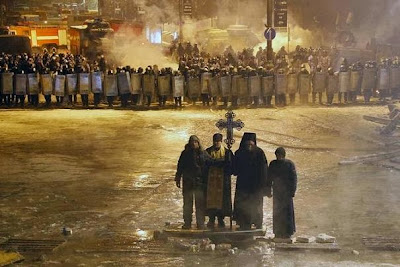 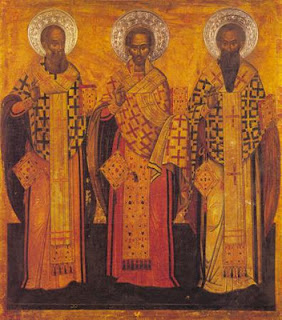 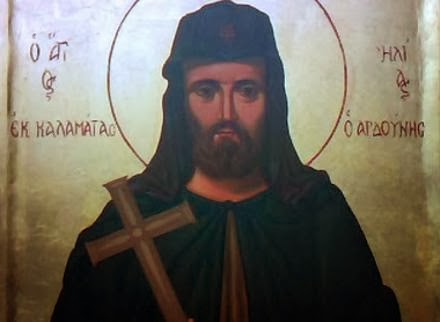 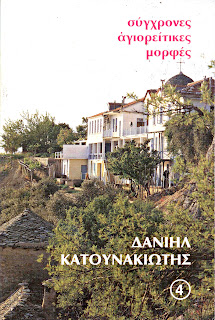 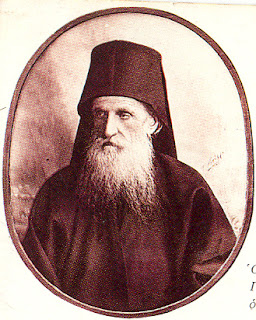 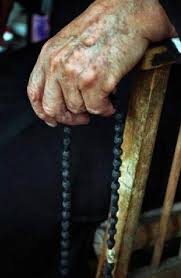 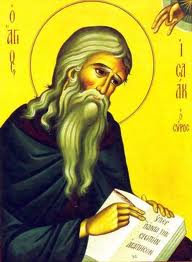