With all the discussion of carbon footprints and the human impact on our planet, has environmentalism become the new paganism of the 21st Century? 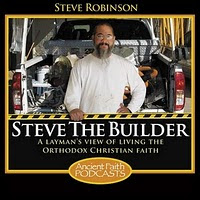 Turn back to the God of the dirt from whence you were formed.  And then in love, turn to the earth knowing who you truly are.  Love your Creator, and receive His creation in humble gratitude, offering it up to all as a gift of communion with the very cosmos.
Click here:
The Saints and the animals (and here)
A Letter from an Orthodox Christian to our Indian Brothers
Una carta de un cristiano ortodoxo a nuestros Hermanos Indianos
The Orthodox View of Salvation Video