Mural in the Hall of Parliament House

When embarking on the struggle for independence in 1821, the Hellenes were already deeply conscious of the meaning of slavery.  They had endured for more than 400 years the force and the brutality of the conqueror, which had rendered free people slaves, and selling them to the slave markets of the Mediterranean. We are witnessing analogous phenomena in our times, under the name of “trafficking”, where women and young children are essentially being sold as slaves in sleazy, “nocturnal” slave-markets.

In 1821, amid the flames of the Revolution, the fighters had also hastened to create institutions for freedom and fair administration. The first, important movement took place with the First National Convention, which had convened in Epidaurus and had voted the first Hellenic Constitution.

With that Constitution, the Hellenes had (entirely innovatively, for colonially-oriented Europe) also instituted the abolition of slavery.

Various European states, mainly after the French Revolution of 1789, had begun to abolish slavery, but only for their own lands. The slave-possessing status quo had entirely hypocritically persisted, throughout all the Europeans’ extended colonies. 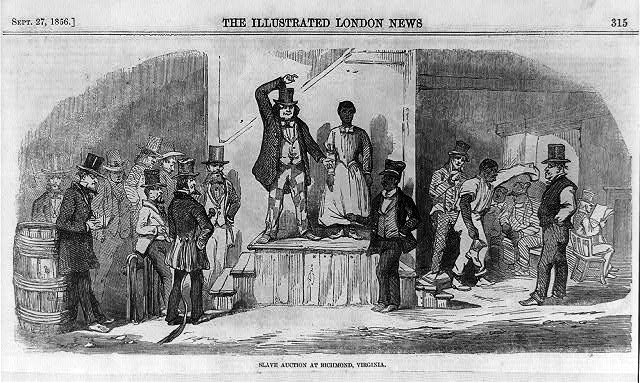 Let’s also not forget that when Europeans had essentially wiped out the native population of the American continent, the demand for laborers was covered by slaves brought over from Africa, thus commencing the longest-lasting exploitation of human slavery. It is estimated that from the 15th to the 18th century, more than 20 million Africans had been transported to North, Central and South America.

Movements for the abolition of slavery were noted during the 18th century; the 1788 Constitution of the U.S.A. had made provision for the liberation of slaves within a period of 20 years; and yet, slavery ad continued to exist, in the southern states of the U.S.A...  At the beginning of the 19th century, Britain, France, and most of the new, independent nations of South and Central America had abolished slavery.  However, in their new country (America), the Portuguese and the Spanish also covered their “needs” in manpower by bringing over Africans as slaves. 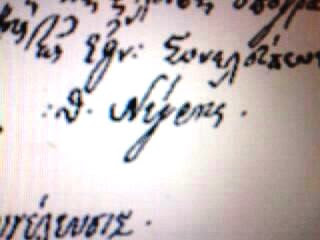 Our guide, the 1921 Revolution

Safeguarded in the Archives of the Hellenic Renaissance that are stored inside the Library of Parliament House is a document that is characterized as one of vast historical and humanitarian value.  It is registered as Document 151 and its date of publication is the 25th of February, 1825.  It is signed by the chief Secretary of State, Minister of External Affairs and President of the Ministerial Council, Theodore Negris.

This document with its immense value is addressed to the War Minister, Notis Botsaris, containing the following statements:

A.  Unless a special law be issued, the sale and purchase, throughout the State, of people of either gender, of every nation, is forbidden.

B.  In the event that purchased individuals exist or hereafter are discovered, from that moment on, they are free and by their masters shall no longer be sought.

The War Ministry shall act upon this command, since it belongs to this same Ministry.

In our day and age, the phenomenon of slavery has been substituted by the phenomenon of trafficking; which, in spite of the struggles by the prosecuting authorities, has been spreading ferociously on account of the hypocrisy – but also the insatiable behavior of a significant portion of perpetrators – because the profits from this disgraceful operation are massive.  “Trafficking” is the term used for the illegal moving and trading of people for the purpose of sexual-financial exploitation; the enlisting, the transporting, the transferring, installation or acquisition of persons through threats or the use of violence or other means of coercion.

OLD PROBLEMS IN THE NEW WORLD: A Forum on Modern Slavery in the Ecumenical Patriarchate