The Best Place – The Worst Place – Orthodoxy in Location

“The Orthodox are the least suited to consumer capitalist values.”
What constitutes the best place to live? Anywhere you are. God is there and never elsewhere. 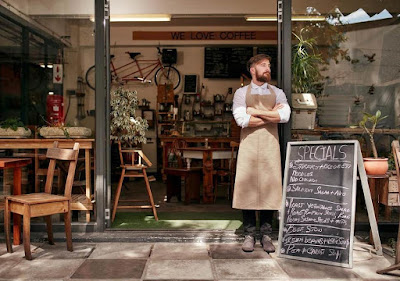 From time to time, I read articles on the “10 Worst Cities in America,” or the State. There are similar articles on the “best.” The thoughts offered remind me of the article published earlier this year in which the Orthodox (worldwide) were described as the “least happy” people of any religious group. If you scratch the surface of these musings, you quickly discover that the scale of best and worst, happy and unhappy, are measurements based largely on modern, urban metrics. No small town anywhere could make the “best” list unless it offered a dozen coffee shops with exotic choices, four or five music venues, really great medical services, and a “feel” of somehow being “cool.” Similarly, the Orthodox happy measure was based largely on the values of consumer capitalism. The study would have been better worded, “The Orthodox are the least suited to consumer capitalist values.” Of course, the Eastern cultures of the former Communist bloc, where the largest concentration of Orthodox live, are relatively inexperienced in consumerist thought – either because it’s so new, or because their economies have yet to find their way to the trough.

All of this reflects a highly urban culture that is finely tuned towards the cutting-edge of global consumption. Aimed towards Millennials, it follows the decades-long trend of marketing youth and a sense of being “in-the-know” regarding various social trends and tastes. Cities are being reshaped in this image. My hometown, Greenville, SC, has become one of the “hottest” of such renaissance modern hotspots. Its mainstreet is awash in restaurants and trendy shops with a huge concentration of urban condominiums in the mix. An area that was once depressed and largely deserted in the former hub of the American textile industry, it now feels like an upscale backdrop for shooting an episode of Friends (that probably dates me). Not everybody can live in Seattle or San Francisco, but our medium cities can be made to look and feel as though they were. My present near-neighbor city, Knoxville, TN, wants to be Greenville (just like it wants a winning football team).

Of course, all of this is marketed. There is not a non-commercial movement towards urbanization or metropolitan global culture. Cities (and so-called “high culture”) are sold as fashion statements. Certain locations “get hot.” There are real estate market booms. Newspapers and magazines profile the “hip” culture that is now in (pick a town). But is any of this real?

Consumer happiness is the most ephemeral thing on the planet. The “desire” for something is manufactured through various forms of advertising (including “trend setters”). And the object/experience desired is met through the magic of consumer capitalism with the result of “satisfaction,” i.e. “happy people.” The same commercial forces could initiate a campaign tomorrow in which life in the city would be vilified and disparaged. In a short time, the happiness quotient would have declined when nothing has, in fact, changed. We are (sadly) as advertised.

There are, of course, very concrete factors that fuel the movement towards urbanization. Jobs. Not every small town offers work in every field. The movement of populations throughout history has been something of a constant. It is also accompanied by vast social changes. Among the most striking consequences of modern mobility has been the disappearance of the extended family (in any practical sense). The presence of aunts, uncles, cousins, and multiple generations requires a stability that is incompatible with modern mobile populations. Natural supporting structures afforded by the extended family, if they are replaced, yield to small affinity groups, cobbled together in new places. For many, such groups never happen. When all is well (read “young and healthy”), such groups can seem unimportant. It is in the inevitable settings of suffering and sickness that their lack leaves individuals isolated and abandoned. 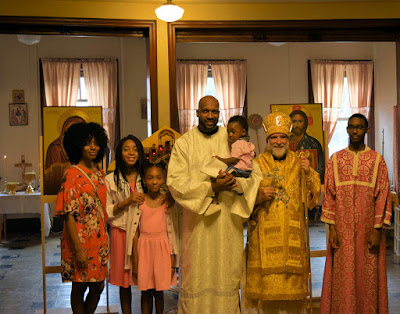 A photo from USA, St. Simon of Cyrene Orthodox Mission
I have written repeatedly that we cannot change the world, that we will not “make the world a better place.” I do not suggest this out of hopelessness, but out of a reasonable facing of facts. Our culture of “democracy” lures us into thinking that we not only can change things, but that we must. The result is a great deal of frustration or delusion. In both cases, attending to changing things tends to ignore the importance of actually living. In the midst of a highly urbanized culture that celebrates its own imaginary virtues (diversity, fluidity, adaptability, etc.), the real question for a Christian is how to simply live (and to live simply).

The answer is quite old: be in the world but not of the world.

The Jews of ancient Israel found themselves in very foreign territory from time to time: Egypt, Assyria, Babylon, Greece, Rome. In all such circumstances, the question was how to be a faithful Jew. The same is true for us. How do we live as faithful Orthodox Christians? For one, we avoid, where possible, making ourselves hostage to settings in which the ability to live as a faithful Orthodox Christian is hindered. For example, why would an Orthodox Christian choose to relocate to somewhere in which attendance at liturgy might be near impossible? It happens, and sometimes there are good reasons (particularly in our American context). Career, it seems to me, should be near the bottom of the list.

How we spend our money and our time are important. How we do the “little things” of the day. Living with awareness and gratitude – not as an afterthought, but as a way of life – are essential. Modernity teaches us to avoid suffering and to maximize pleasure. The Cross teaches us that there is no goodness that is not somehow marked by suffering. We rightly reject the path of least resistance and the lure of an easy life. Our path should be marked by love (laying down our life for others) as we seek to unite ourselves to Christ in all things.

Catching grief for having unpopular opinions (such as on social media) does not constitute suffering or persecution. We should not confuse them. If possible, the suffering and persecution we endure should be on account of our actions and not our sentiments. A culture in which “Christianity” dominates because it is enforced by majority rule and action is not a mark of great virtue – it is the simple rule of the jungle in which the weak are ruled by the strong. Making Christianity stronger than other things (in such a venue) does not represent a triumph of the faith. No hearts need change for such a thing. 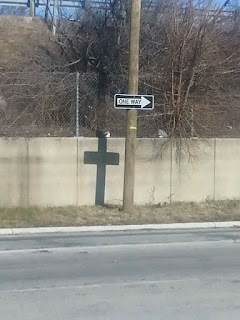 A picture is worth a thousand words.
Or more. From here & here.
If we follow the way of the Cross, we should be prepared to lose – a lot. Nothing could be clearer in the teachings of Christ. If there is a deep, immediate need in the life of the Church in the modern setting, it is to create the sort of community that can model and sustain a cruciform life in its members. Celebrating the rich, the famous, sports stars and such, makes the Church little different than the world. There is a reason why canonical heroes (saints) are mostly martyrs.

When I have written about and underlined the importance of Fr. Thomas Hopko’s 55 maxims, it is because of their consistency with the cruciform life. That life and its virtues are acquired through small and faithful practices. If you want virtue, memorize them and practice them.

I return to where I began. What constitutes the best place to live? Anywhere you are. God is there and never elsewhere. If the will of God takes you to another place, the best place will be there as well. What is essential in being human, particularly a human among humans, does not depend on the trends of consumption. It flows from the Cross and the Cross alone.

The Kingdom of Heaven, where racial discrimination has no place
"THE WAY" - An Introduction to the Orthodox Faith
St. Justin Popovic: Whither does humanistic culture lead?
The Church as the Liberated Zone: "All we Christians are terrorists..."
Αναρτήθηκε από ΝΕΚΡΟΣ ΓΙΑ ΤΟΝ ΚΟΣΜΟ στις 8:00 μ.μ.