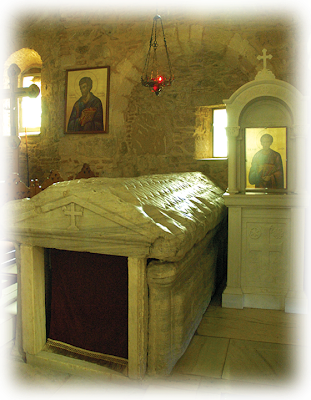 The Tomb of St. Luke the Evangelist, Thebes (Thiva), Greece (here)
"... On a side note, in 1992, then Metropolitan Ieronymos (now the Archbishop of Greece) made a formal request to the Catholic Archbishop of Padua to return a significant portion of the relics of St. Luke to his tomb in Thebes. This ended up prompting a large scientific endevour to determine if the relics in St. Justina's Church in Padua are really those belonging to the Evangelist.
After many investigations, including DNA analyses (which linked the remains to someone of Syriac origin; St. Luke was born in Antioch), C-14 dating, and measurements of the lead sarcophagus, which actually matched the dimensions to the milimeter of St. Luke's tomb in Thebes, it was determined that there was significant scientific evidence that these remains belonged to St. Luke.
To honor the Metropolitan's request, the Archbishop of Padua gave the Church in Thebes a rib from St. Luke, and the one closest to his heart. Thus, the Tomb of St. Luke in Thebes also bears a portion of his holy and grace-filled relics..."
See the article here please. 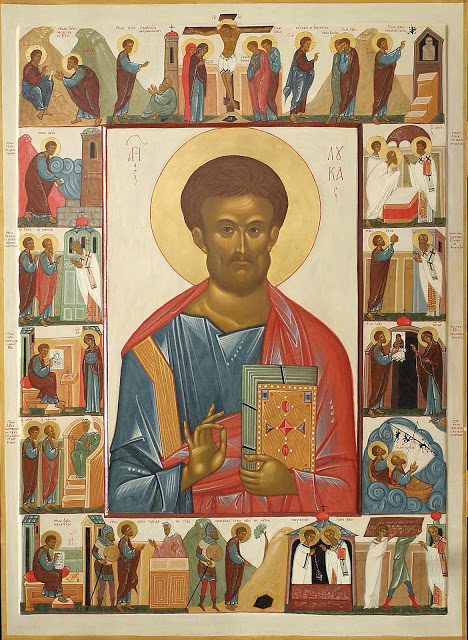 St. Luke the Evangelist, with scenes from his life