“It Can’t Be!” About a Miracle of St. Gabriel (Urgebadze) 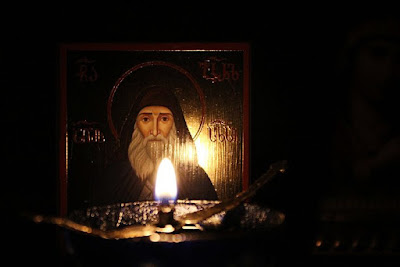 Many miracles occurred by the prayers of the Elder Gabriel (Urgebadze) during his lifetime—people were healed, they were encouraged and strengthened in their faith, and they learned love. The Elder himself would often say: “May no one think that love is an innate talent. Love can be learned and you should strive for this. The Lord does not love pompous words; He loves action. A good deed is love. When you do good you climb up one step, but when you sin, you fall down. Our whole life consists of these rises and falls.”
People are inspired by Elder Gabriel’s prayers today too, receiving healing by his prayers, and they gladly share such stories with us. We present one such story about a miraculous healing for your attention.
I became closely connected with Fr. Gabriel when my son David became the producer of a film about the saint: “The Elder’s Diadem.” I had heard various stories about Batiushka, about what kind of person he was, how he helped people, denigrating himself at the same time so that they wouldn’t think well of him. From everything I had heard, I was glad that my son and his friends were making a film about such a saint.
One beautiful day, an interview was taking place in my house with a religious girl from Russia, Elena. I didn’t know about it, I came home from work tired, I went inside, I saw the equipment, the lighting; I was surprised by what was going on, and I heard the story the girl was telling:
“I had a melanoma on my shoulder. I anointed it with oil from the lampada at Elder Gabriel’s grave then went for an analysis and to an oncologist: ‘Show me what’s going on.’ I took off my jacket and showed my shoulder. The doctor asked: ‘Where?’ ‘What do you mean, where? Here, on my shoulder!’ He asked the same question again and I said again: ‘On my shoulder!’ He turned me to the mirror and I saw that there was nothing on my shoulder! It was all clear! The doctor looked at me over his glasses and said: ‘Well, young lady, take your analyses and go in peace! Whatever you were dreaming about, I don’t know!’ Alarmed, I left silently. On Friday, I had stage 1 melanoma, and on Monday it was all clear!”
Having heard this story, I was stupefied. I crossed myself and immediately went over to the icons. “Thou art great, O Lord,” I said.
A little more than a year passed when a disaster occurred in my life: Some kind of spot appeared on my head that was growing and turned dark. Liquid started flowing from this spot and we went to the doctor. They told us it’s a tumor and I needed an operation and immediate procedures. Doctors from Italy said the same thing.
Relics from Elder Gabriel were soon brought to my family: His hat, part of his mantia, and an icon of the saint. I venerated the sacred objects with great reverence, I began to anoint the tumor with oil from Elder Gabriel’s lampada, I prayed, and I visited Samtavro Monastery, and I soon noticed that the flow of liquid from the tumor had stopped. A few weeks later, the tumor was completely gone. There was no happier person than me. My whole family thanked our beloved Elder Gabriel, by whose prayers the Lord manifested such a miraculous healing.

When I was examined after everything that happened, the doctors couldn’t believe that the tumor had dissolved without surgery. My tests came back 100 percent. When we sent photographs to Italy, they also couldn’t believe it. “It can’t be!” they said. “Without surgery? How?!” “Well,” I answered joyfully, bowing my head, “I have a good surgeon here—it worked itself out without an operation.”
“And what if an operation were needed then?” people sometimes ask me, and I answer that everything is from the Most High, and the main thing is to never lose hope and to entreat God’s help. Whoever asks receives, and then you fear nothing and an operation isn’t so terrible: The Lord works by the hands of the doctors. The main thing is to raise your voice to God and not lose hope. And when such a great saint is near, like our beloved Elder Gabriel, then you have to pray to him and be assured that Batiushka will bear your sinful call to God by his fervent prayers. The Lord is merciful, and when He is near, everything will go as needed—that is, it will go well.
The Lord works such miracles by the prayers of Elder Gabriel. Glory and thanksgiving to Him for everything. Amen! 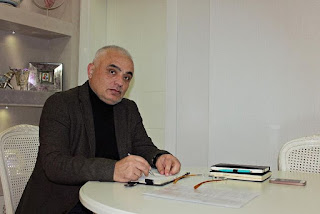