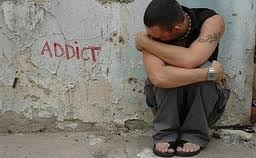 
The following account is a timely story which occurred in 1990 to a young Greek-American teenager, heavily addicted to drugs. The Athenian taxi driver wrote this word-for-word as the young man in the story told it to him while being driven to a drug rehabilitation center after an encounter with Saint Ephraim of Nea Makri, who is the patron saint of those suffering from drug addiction. The taxi driver then had the story published in the Greek newspaper Orthdoxos Typos.
It was afternoon, one of the usual tumultuous afternoons in downtown Athens. There was a line of people at the Omonia taxi-stop.

“With pleasure,” I answered. And that was the extent of our dialogue until the end of the drive, because my passenger’s expression and manner did not leave any room for conversation.

He got out at the summit of Agios Ioannis (in Gargareta) on Veikos Street and, a few meters further on, another hand stopped me with the characteristic wave.

My new passenger was young — around twenty-five to twenty-seven years old — and of medium height, and he was holding a suitcase. As I put his things in the trunk, the young man sat down in the front passenger seat.

And with a poetic phrase that I infrequently used to use in the past: “While departing on your journey to Ithaca, I wish that your road be long and your voyage great.” I meant: “Where to?”

“Yes, my friend, to Ithaca, but not to the island, as you would imagine, but to the Ithaca Detoxification Center,” was his answer, which left me speechless for a few seconds. “To the Larisa train station, please,” he added.

My young passenger’s reply was truly unexpected, because nothing about his outward appearance (eyes, expression, clothing, behavior) betrayed the accursed passion of his addiction to drugs. A multitude of feelings (pain, sorrow, sympathy, love) came over me one after another, an intense wringing of my heart made it move irregularly in my chest, and a tear rolled down my cheek over the plight of my brother, God’s creature. I tried to contain myself, as I wanted to learn under what circumstances he had ended up where he did, because I was also a father with children approaching adolescence.

After we introduced ourselves to each other, I asked Paul if he could tell me something about his life and his addiction, if recalling such events would not hurt or tire him. He readily agreed to my request, for which I thank him. 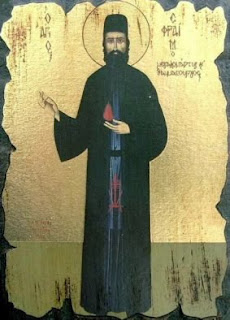 "To begin with, it has been two months since I’ve taken that poison, and I now feel like any other normal person. I have no desire whatsoever to put it into my bloodstream again, and I owe this not to any effort of my own, but entirely to the wondrous power of God and His Saints. But let me take it from the start, since you so wish to hear about it.

I was born in Athens, in Koukaki to be precise, where you picked me up, and lived there until I was eight years old. I am an only child and my parents love me pathologically and indulge my every whim. When I was eight, my parents and I left for America for a better life.

My relatives there helped my parents find work and I attended school. As I grew up, however, my senseless desires and vices also grew along with me. On account of my character, I easily got mixed up in bad company and very soon tried marijuana and hashish. As the years went by, the light drugs no longer satisfied me or my friends. So we all threw ourselves into the heavy drugs, which we found in the same surroundings and just as easily as the light drugs. These, however, were expensive, and I did not have a job. At first, I stole from my parents’ pockets and wallets. But when, with time, I was in need of greater doses, and when my parents had found me out, it reached the point that I even beat them to take the money. I understood that my condition was critical, but there was no way I could turn back. My parents rushed me to doctors and psychologists in the hope that they could do something, but to no avail; there was no light from anywhere. Some of them, and eminent scientists at that, told them that if I did not soon get out of that environment, I would not have long to live.

During that time, as I was home alone one day in a state of despair, a strange visitor, whom I had never seen before, appeared in front of me. He was of medium height, had large round eyes that rolled about, and black bushy fur that was over fifteen centimeters in length. He also had horns and a tail. His booming, firm voice and fearsome persuasiveness left no room for objections.

He began to make a thoroughly detailed account of my life from the time that I was born up until that very moment, while I simply said, ‘yes.’ ‘You have enjoyed every-thing,’ he said to me at the end, ‘there is nothing more left for you but to come with me....’ ‘How?’ I asked.

'You will take the car,’ he said, ‘and you will follow such-and-such a road. You will speed along so many miles an hour (I don’t remember the number), and I will be waiting for you there....’ The road in question was straight for many miles and at a certain point it had a slight bend, so that whoever was driving at too great a speed would go off the road and crash into a wall and be killed. I had heard about many such accidents at that spot in the past. Doing exactly as he told me, I, too, ended up smashing into the wall. The car was left almost unrecognizable, but they took me out with only minor injuries. After they gave me first aid, I went home.

About ten days had passed since the accident, when the same strange visitor appeared in my house again, in the kitchen this time. A grimace of displeasure was on his wild and imposing face. With a nod of his head backwards, he said to me in the same distinctive voice, ‘You didn’t accomplish anything.’

I was sitting there staring at him, petrified, and could just barely ask, ‘What should I do?’

‘Now you will take triple your usual dose, and you will surely come with me.’

He disappeared, and I did not even ask myself how he had entered the house or who he was.

I immediately put the plan into action.

I prepared the drug in the syringe and tried to find a place on my much-pierced body. The dose was a large one and I immediately fell unconscious. While I was in this condition, I saw a tall man wearing a cassock and a black monastic cap with a Cross engraved on the front. ‘Do not be afraid,’ he told me. ‘You will get well, and when you return to Greece, come to my house. I am Ephraim.’

I got up as if I had not taken the accursed poison at all. I felt a desire to leave for Greece and, when I told my mother of this desire, she marvelled and considered it a miracle, because my parents had many times before unsuccessfully tried to get me out of that environment.

I related to my mother all that had happened to me, and she wanted to accompany me on my journey. When we arrived in my old neighborhood, we went to the Priest of the parish there, and I learned from him who the strange visitor had been and what he had wanted from me. It was the Devil and he wanted my immortal soul. I thank God from the depths of my soul. Fifteen days after I had confessed and fasted, the Priest gave me Holy Communion. When I saw the Icon of St. Ephraim, I understood that it was he who had delivered me from my terrible addiction.

I went to Nea Makri and had Liturgy served and thanked the Saint. Now I am going to this institution to get away from the world for a while and to make sure that I do not need the drugs anymore."
From MYSTAGOGY
***
Overdose
I. Monk Ephraim

In the year of 1425 a monk was taken captive and tortured to death in his monastery in Greece for being a Christian. He was slowly tortured to death over a period of a year. After each episode his wounds were allowed to heal, and then he was subjected to new and worse punishments. Finally they executed him. He was hung upside down from a tree in his monastery grounds and run through with a pole which had been sharpened to a point and set on fire. All traces of his life and martyrdom were forgotten until this century, when he appeared to the abbess of a convent and told her of his life and sufferings. He also revealed the spot where his bones, which had never decomposed, were buried. They dug up the bones for the glory of God.
II. The Addict and the Saint Some years later an American teenager in the Midwest was grappling with his own life. He was heavily using drugs (cocaine and heroin) and was quickly sliding to destruction. He had neither a stable family life nor a religious upbringing, and though still young was in serious trouble. One night an ugly old man appeared to him and said, "I am your friend, I want to make an appointment with you to meet me." He directed him to get into his car and drive as quickly as he could down a certain road which had a hairpin turn at the end with a sheer cliff at the bend. The young man did as he was told, got into his car and drove as fast as he could down the road. Losing his nerve at the last minute he managed to slam on his brakes and barely made the turn. He arrived home shaken. Two nights later, the old man appeared again and said with anger and indignation, "I am very disappointed that you didn't meet me. Get into your car again and drive as fast as you can and this time don't put on the brakes." The young man felt strangely compelled to do this. Once again he got into his car, drove as fast as he could and this time didn't stop but drove at high speed off the cliff. The car was demolished but, surprisingly, he escaped with only cuts and bruises, and with a concussion.

A few weeks after he was out of the hospital, the ugly man appeared to him once again and said, "I am furious with you for not keeping our appointment. Tonight without fail you will meet me! Put a double dose of the drug in your needle." Again the boy felt compelled to do this, and after injecting himself went into a coma from the overdose. He was taken to the hospital where doctors told his family that he probably wouldn't live. And if by chance he did live he would only be semi-conscious - in a vegetative state. There was almost no chance of recovery. In two weeks, however, the young man did awake, fully conscious. He told those around him that he had seen a man which looked like some sort of radiant monk. He came to him and said, "I have been praying for you.... God has given you another chance. You will live, but you must correct your life. You are to go to Greece so as to visit the resting place of my bones, giving thanks to God for your salvation. My name is Ephraim".