A Christian Plea for Love: On the Current Conflict in Ethiopia's Tigray Region 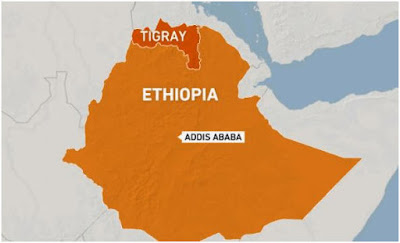 On 4 November 2020, the federal government of Ethiopia began a military operation in the region of Tigray in northern Ethiopia. In the first five months, innumerable reports emerged about the use of extensive violence against civilians, including killings of civilian men and boys and the use of sexual and gender-based violence against women and girls (reports of such crimes have been confirmed partially or fully by the United Nations, the Ethiopian Human Rights Commission and other credible sources, and there is no need to cite them here).
You can see: Tigray crisis: Why there are fears of civil war in Ethiopia
War violence and domestic violence: Understanding the relationship and linkages with forced migration and religious beliefs
As Christians, we are concerned about all violence in the world affecting all peoples, and this includes the ongoing violence against ethnic Tigrayans and other Ethiopians in the land (the massacre in Mai Kadra in Tigray region and the violent episodes in other regions of Ethiopia, including in Benishangul-Gumuz and Oromiya regions). We find it difficult to read about crimes committed against civilians and the destruction of Tigray’s infrastructure, which have resulted in a large-scale humanitarian crisis and a high likelihood of innocent civilians dying of hunger and a lack of medicine. [...]

A Christian Plea for Love: On the Current Conflict in Ethiopia's Tigray Region