When the Orthodox Church celebrates pregnancy... 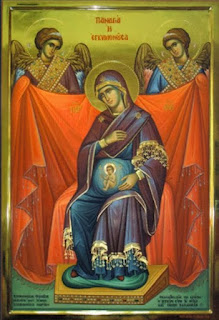 “The Gestating Virgin Mother” - an icon by hagiographer Sophia Papazoglou, in the church of Saint Eleftherios on Acharnon Street in Athens, Greece  (from here)

As we all know, on the 25th of March our Church celebrates the Feast of the Annunciation of the Theotokos - that is, of Her conversation with the Archangel Gabriel - who (without offering Her a lily, as the myth would have it), announced that She was the chosen vessel who was to bear the Godman Christ.


According to the ancient Tradition of our Church, as soon as the Theotokos responded with Her assent (according to the famous phrase in Luke 1:38, “Behold the maidservant of the Lord; may it be to me according to Your word”), the Saviour of the world was conceived in Her holy womb as an embryo.  The Theotokos offered from Her own flesh to God, so that the second Person of the Holy Trinity would be born as a man, for the salvation of mankind.


This is why at the beginning of the Salutation hymns to the Theotokos it says that the Archangel “along with the incorporeal voice, he did see You becoming incarnate, o Lord” – that is, Gabriel actually witnessed God taking on a material body, and was not just hearing the incorporeal God’s voice… 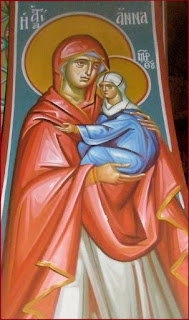 
Finally, on the 23rd of September our Church celebrates the conception of the Precious Forerunner – that is, the conception of Saint John the Baptist as an embryo in his mother Saint Elizabeth’s womb.  From the 23rd of September until the 24th of June (the day of birth of the Baptist) is likewise 9 months: the duration of Saint Elizabeth’s pregnancy.

We should note that the Church celebrates the birthdays of only these three persons: of Christ, of the Theotokos and of Saint John the Baptist. All the other Saints are celebrated only on the day of their terrestrial death - that is, on the day of their definite entry into the foretaste of the heavenly kingdom (because the heavenly kingdom will be manifested with the Second Coming of the Lord). (They are also celebrated on other days, which are related to their deaths - for example the translation of their holy relics.) 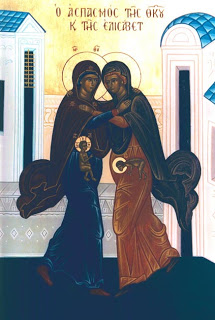 These three periods of nine months are indicative of the immense worth and significance that the Orthodox Church ascribes - even from Her ancient times - to full-term pregnancy and to embryos, and by extension to maternity.

We might also add that, according to Luke’s Gospel, when the Theotokos was carrying Christ in Her womb and Saint Elizabeth was carrying the Baptist in her womb and the two women (who were related) met - as soon as the Theotokos greeted Elizabeth from a distance, the Baptist embryo leapt inside his mother’s womb and Saint Elizabeth was immediately inspired by the Holy Spirit into recognizing that Mary, the Virgin Mother, was carrying the Messiah inside Her womb (Luke 1:39-56).  This excerpt is of huge significance and is recited as the Gospel reading during the Minor Canon for the Supplication to the Theotokos. (Representative icon of the event, below). 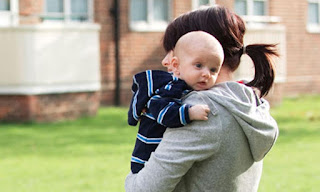 An embryo is not just a mass of cells; it is a normal, developing person according to our Holy Church and it has an immortal soul.


This is why abortion is murder and a horrendous sin.


I would ask you, dear brethren, to browse through our section on abortion, and specifically the posts and the related links: 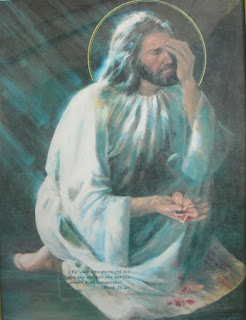 What does an abortion cost? A human life!
The horror of abortion 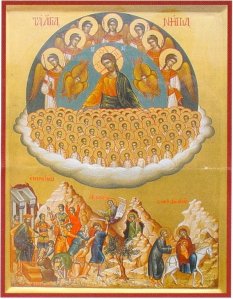 I thank you in advance for your concern. May all you expectant mothers have a smooth delivery of your babies; as for the men, the families – and society itself – may they all take on their related responsibility.


But even if they do not, our Church is always available to help out; while a visit to our parish Confessor is also a good first move (if you don’t know what to do, then go to church on Sunday and ask the sacristan to call the Priest so that you can talk to him).
May our Lord Jesus Christ be with you all, my brethren, and with the entire world.
PS:  Below is an icon of the 14.000 Infants (the Holy Innocents) who were slaughtered by Herod; albeit indirectly, it too is related to our subject.  I thank you.

Translation from Greek by A. N. 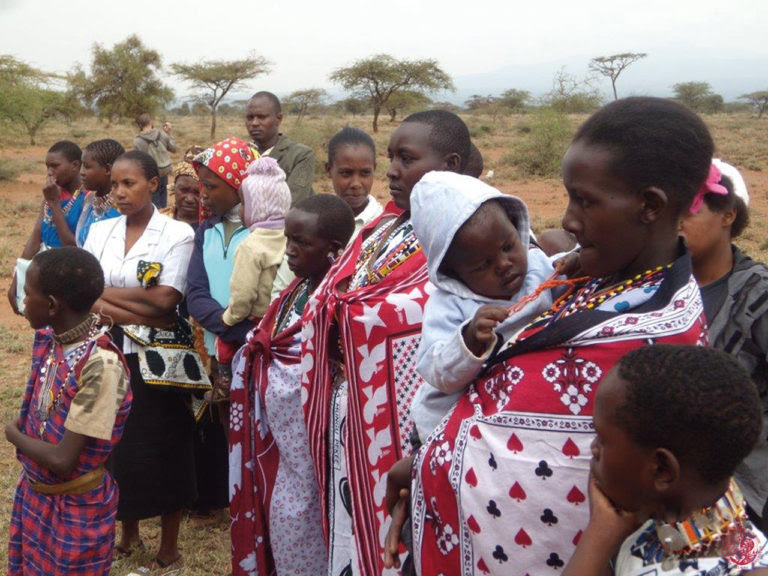