Schema-Abbess Ariadna – A Beacon of Faith and Love

Orthodox America
Not too many years ago, the Abbess of a convent of the Russian Orthodox Church Outside of Russia, a woman of righteous life, was delivering a sermon in the convent church on the feast of the Dormition of the Most Holy Mother of God. With tears she entreated her nuns and pilgrims who had come for the feast to accept entirely, and wholeheartedly what the Church hands down to us, taking such pains to preserve this tradition sacredly all these centuries -- and not to choose for oneself what is 'important' and what is 'dispensable'; for by making oneself wiser than the tradition, one may end by losing the tradition." (from the Introduction to The Orthodox Veneration of the Mother of God, St Herman of Alaska Brotherhood, Platina, 1978) 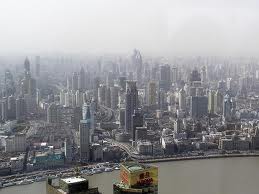 I would like to admit that all of your articles appears to be so helpfulsince they bestowgood advices.Wishing u all the best for your upcoming writings and hope they too will help me like this one.And yes i have tweeted your site o-nekros.blogspot.com .

Thank you, my brother in christ. God with you.

You got great points there, that's why I always love checking out your blog.

Thankyou dear brother.
At present I don't have something for a followup, but you can obtain more information from the source in the link that I have provided.
May Christ bless you.