The Holy Trinity in the Old Testament

Answering Islam
A Brief Summary of the Evidence 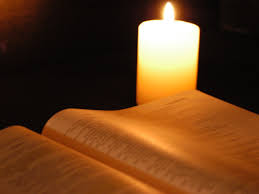 
In order to establish some kind of continuity between the message of the prophets and the doctrine of Tawheed, which Muslims allege is taught in the Qur’an, some Muslims argue that the Old Testament (not to mention the New) does not teach the doctrine of the Trinity. With an eye to this, the following aims to present a brief summary of the evidence that the prophets taught the Trinity.


As for my thesis, the following will show, unlike Muslims and other unitarians, orthodox Christians cling to and are comfortable with all of the Biblical material, which says that God is a uni-plural or triune being, preferring to follow the prophetic Word where it leads on this matter (and all others) rather than subject the truth of what God has revealed to the misguided dictates of unaided and fallen human reason or to a false revelation delivered in the name of a false god. In other words, Christians are those who submit to what God has said about Himself, however lofty His self-revelation may be, preferring this above rationalistic and idolatrous methods of determining the truth, which turn out to be arbitrary and worthless, not only when it comes to arriving at a true and saving understanding of God, but to account for anything in the world.1

OT Adumbrations and Evidences for the Trinity


The doctrine of the Trinity is interwoven throughout the entire warp and woof of the Old Testament; it is not merely found in a discrete passage or proof-text here and there. For example, from the beginning to the end of the Old Testament (OT), plural nouns, pronouns, verbs, adverbs and adjectives are regularly used for God, at least in the Hebrew text. A cursory list follows:
All of this (and more) can be found in the Old Testament in spite of the fact that singular words are readily available in each instance where these words occur. If the prophetic authors of the Bible were unitarians, we wouldn’t expect them to speak about God in this way. Indeed, unitarians do not typically speak this way in ordinary conversation and fall all over themselves trying to explain them when they are brought up.4


The same thing can be said for many other peculiarities distinctive of Old Testament revelation about God, such as when God speaks to or about another person who is identified as God or Lord (Psalm 2, 110:1, Isaiah 13:17-19; Hosea 1:7; Amos 4:10-11; Jeremiah 50:40; Malachi 3:1; Micah 5:2; Zechariah 2:8-11, 12:10, 13:7)5 or when the Biblical authors refer to more than one person as Yahweh, the God of Abraham, Isaac, and Jacob (Genesis 19:24;6 Psalm 457). Once again, this does not sit well with either unitarians or polytheists; the former because it implies personal plurality within the Godhead, contrary to their unitarian assumptions; the latter because it implies the essential unity of these divine persons, contrary to their polytheistic assumptions.


In addition to plural words and the divine distinctions pointed out above, mention can be made of the triadic prayers, benedictions, and doxologies of the Old Testament (e.g. Genesis 48:15-16; Numbers 6:24-26; Isaiah 6:38 see also Isaiah 33:22; Jeremiah 33:2; Daniel 9:19),9 which given their formulaic character, cry out for some kind of explanation. This cry has fallen on deaf unitarian ears and has been met with equally mute unitarian lips for a reason: this is not the way unitarians would naturally speak of their “god”.


Finally, in addition to the above passages that separately speak of one or another person of the Godhead, assigning to them the names, attributes, and prerogatives of God, there are many passages which mention all three persons together, assigning to each a role in the divine works of creation, providence, and redemption. For example: 1) Genesis 1:1-3 mentions God creating all things by His Word and Spirit; 2) the same thing is reiterated in Psalm 33:6; 3) Isaiah 42:1 speaks of God, His Servant/Chosen One, and His Spirit, by which He will bring justice or righteousness to the world; 4) Isaiah 48:12-16 has the First and the Last, i.e. the eternal God, speaking of a time when He is sent by the LORD God and His Spirit; 5) in Isaiah 61:1, the person who is sent with the good news, i.e. the Gospel, says the LORD has anointed Him with His Holy Spirit, Who is upon Him; and 6) Isaiah 63 tells of the LORD, the Angel [Lit. Heb. Messenger] of His Presence, and the Holy Spirit bringing about salvation.


The assumption that pre-Christian Jews did not believe in the Trinity is often allowed to run rough-shod over the evidence available from the OT. Not only is this irrelevant – since the question is not what ancient Jews in general allegedly believed but what the Jewish prophets taught as they were borne along by the Holy Spirit – but it isn’t true in the first place. The Aramaic Targums and a wide body of inter-testamental literature give evidence of (at least) a nascent Trinitarianism among some Jews. Often what some people present as evidence against Jewish Trinitarianism comes from modern anti-Messianic Jewish sources, not from the writings of ancient Jews; when appeal is made to Jewish writings of the inter-testamental period, it is usually in a very selective way.


Since post-Quranic Islamic theology says that the Old Testament has been corrupted, many Muslims may be tempted to say it is no consequence that the Old Testament teaches that God is Triune, because they can just fall back on this expedient. In addition to the fact that the Qur’an does not support the idea that the text of the Old Testament has been corrupted,10 this fall-back position has some serious problems. Not only would such a maneuver in the face of the evidence undermine any ability of Muslims to prove, beyond the solitary witness of Muhammad in the Qur’an, that they are purveyors of the original message of the prophets, it would mean that the doctrine of the Trinity: 1) predated Christianity, since we have OT manuscripts from before the Christian era, which is contrary to the thesis that it was invented by the early church; and 2) was invented by the Jews, since these manuscripts were primarily in their hands at that time, contrary to the thesis that pre-Christian Jews did not believe in the Trinity. Such conclusions run contrary to stock-in-trade notions argued by Muslim apologists, especially when it comes to assessing the evidence for the Trinity provided by the New Testament,11 and look suspiciously like ex post facto rationalizations to resist the otherwise obvious falsification of the thesis that the Old Testament does not reveal the Trinity.


In the nature of the case, as a summary of the evidence, the above has hardly attempted and much less achieved a comprehensive presentation of the case that can be made for the Trinity from the Old Testament (or a comprehensive refutation of the arguments that are levied against it). Nevertheless, the above has shown something of the fact that this doctrine is found in the Old Testament, and something of just how pervasively it is found in the prophetic writings.


Consequently, the Old Testament does not support the idea that God is like the unitarian deity Muhammad supposedly thought He was. This leaves Muslims on the horns of a dilemma: either Muhammad did not reveal the same message as the prophets, which falsifies his claim to be the Messenger of God; or God’s message through the prophets has been corrupted, which makes Muhammad’s repeated claim that the previous prophets brought the same message as he did un-verifiable, which in turn falsifies in another way his claim to be a prophet since he said it could be verified from their writings. Either way the above has shown that the Old Testament teaches the doctrine of the Trinity and this means Muslims are bereft of any basis of appeal in the prophetic writings, either when it comes to arguing against what is taught in the New Testament about the Trinity, or of establishing any precedent for Islamic Tawheed.

1 The oldest, most enduring, most pregnant problem of philosophy is that of “the One and the Many”. Neither monism nor pluralism provides a satisfactory philosophical account or resolution of this problem. It is the present writer’s conviction that this problem can only be solved by seeing all things as created, upheld, and governed by the Triune God, the God who is both one and many. For some online sources that explain this, see: Ralph Allen Smith, “Trinity and Covenant”; and Michael H. Warren, Jr., “Christian Civilization is the Only Civilization – In a Sense, Of Course”.

2 For a full Trinitarian defense of these passages, see my article: “Let Us Make Man: A Trinitarian Interpretation”.

4 The Qur’an may be thought to be an exception to this rule, at least when it comes to the use of plural pronouns for God. However, this really solidifies the point since Qur’anic interpreters, by giving contradictory explanations for this phenomenon, show that Muslims are by no means at home with such language. This is to be expected; after all, Muhammad, without adequately reflecting on the implications, appears to have picked up this practice from Jews and Christians, and couldn’t come up with a meaningful answer himself when he was pressed on the point by the Christians of Najran. In other words: Muhammad did not naturally come up with such expressions; he ignorantly borrowed them. For more on this, see my: “The Plural of Majesty: Allah is Neither Plural nor Majestic; or, How Modern Muslims Have One-Upped Muhammad”; and Sam Shamoun’s article: “The Qur’an, Allah and Plurality Issues”. See also my series: Allah’s Use of Plural Pronouns: A Survey and Critique (Part 1, 2, 3, 4, 5).

6 For a fuller defense of this, see my article: “The Heavenly and Earthly Yahweh: A Trinitarian Interpretation”.

10 Evidence for this can be found here.

11 Muslims often argue that certain New Testament passages could not teach the Trinity because the Jews did not believe in the Trinity and Jesus and the apostles were all Jewish.

God in Trinity - A Communion of Persons
God the Holy Trinity: 'The Lover of Mankind'


Paul, the Christian equivalent to Mohammed
The Penalties for Apostasy in Islam
Islam (tag)

Orthodoxy's Worship: The Sanctification of the Entire World
Holy Neomartyr Chryse as a Model for our Lives


LIVE, BEYOND THE LIMITS!
Orthodoxy