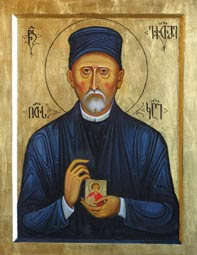 St. Euthymius Takaishvili (Feast Day - January 3)
MYSTAGOGY
Saint Ekvtime (Euthymius) Taqaishvili (Takaishvili), called the “Man of God,” was born January 3, 1863, in the village of Likhauri, in the Ozurgeti district of Guria, to the noble family of Svimeon Taqaishvili and Gituli Nakashidze. He was orphaned at a young age and raised by his uncle.

From early childhood St. Ekvtime demonstrated a great passion for learning. Having completed his studies at the village grammar school, he enrolled at Kutaisi Classical High School. In 1883 he graduated with a silver medal and moved to St. Petersburg to continue his studies in the department of history-philology at St. Petersburg University. In 1887, having successfully completed his studies and earned a degree in history, St. Ekvtime returned to Georgia and began working in the field of academia. His profound faith and love for God and his motherland determined his every step in this demanding and admirable profession. 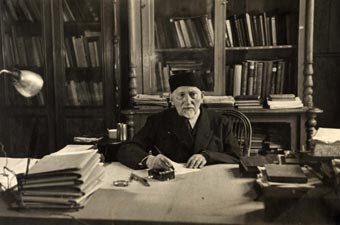 In 1895 Ekvtime married Nino Poltoratskaya, daughter of the famous Tbilisi attorney Ivan Poltoratsky, who was himself a brother in-law and close friend of St. Ilia Chavchavadze the Righteous. From the very beginning of his career St. Ekvtime began to collect historical-archaeological and ethnographical materials from all over Georgia. His sphere of scholarly interests was broad, including historiography, archaeology, ethnography, epigraphy, numismatics, philology, folklore, linguistics, and art history. Above all, St. Ekvtime strove to learn more about Georgian history and culture by applying the theories and methodologies of these various disciplines to his work.

In 1889 St. Ekvtime established the Exarchate Museum of Georgia, in which were preserved ancient manuscripts, sacred objects, theological books, and copies of many important frescoes that had been removed from ancient churches. This museum played a major role in rediscovering the history of the Georgian Church.

In 1907 St. Ekvtime founded the Society for Georgian History and Ethnography. Of the many expeditions organized by this society, the journey through Muslim (southwestern) Georgia was one of the most meaningful. Having witnessed firsthand the aftermath of the forced isolation and Islamization of this region, St. Ekvtime and his fellow pilgrims acquired a greater love for the Faith of their forefathers and became more firmly established in their national identity. Though they no longer spoke the Georgian language, the residents of this region received the venerable Ekvtime with great respect, having sensed from his greeting and kindness that he had come fromtheir far-off motherland. 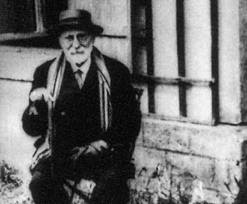 There was not a single patriotic, social or cultural movement in Georgia during the first quarter of the 20th century in which St. Ekvtime did not actively take part. Among his other important achievements, he was one of the nine professors who founded Tbilisi University in 1918. St. Ekvtime also vigorously advocated the restoration of the autocephaly of the Georgian Orthodox Church.

On March 11, 1921, the Georgian government went into exile in France. The government archives and the nation’s spiritual and cultural treasures were also flown to France for protection from the Bolshevik danger. St. Ekvtime was personally entrusted to keep the treasures safe, and he and his wife accompanied them on their flight to France. St. Ekvtime bore the hardships of an emigrant’s life and the horrors of World War II with heroism, while boldly resisting the onslaught of European and American scholars and collectors and the claims of other Georgian emigrants to their “family relics.” 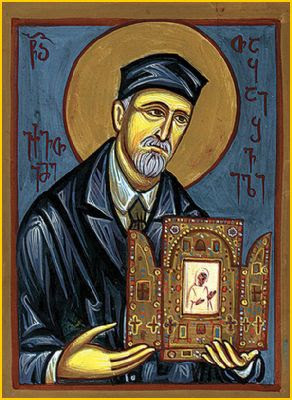 In 1931 St. Ekvtime’s wife, Nino, his faithful friend and companion, died of starvation. The elderly widower himself often drew near to the brink of death from hunger, cold, and stress, but he never faltered in his duty before God and his motherland—he faithfully protected his nation’s treasures. 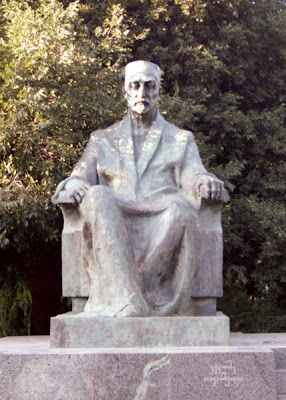 Finally, the Soviet victory over fascist Germany created conditions favorable for the return of the national treasures to Georgia. According to an agreement between Stalin and De Gaulle, the treasures and their faithful protector were loaded onto an American warplane and flown back to their motherland on April 11, 1945. When he finally stepped off the plane and set foot on Georgian soil, St. Ekvtime bowed deeply and kissed the earth where he stood. Georgia greeted its long-lost son with great honor. The people overwhelmed St. Ekvtime with attention and care, restored his university professorship, and recognized him as an active member of the Academy of Sciences. They healed the wounds that had been inflicted on his heart.

Exhausted by the separation from his motherland and the woes of emigration, St. Ekvtime rejoined society with the last of his strength. But mankind’s enemy became envious of the victory of good over evil and rose up against St. Ekvtime’s unshakable spirit. In 1951 the Chekists arrested his stepdaughter, Lydia Poltoratskaya. St. Ekvtime, who by that time was seriously ill, was now left without his caregiver. In 1952, without any reasonable explanation, St. Ekvtime was forbidden to lecture at the university he himself had helped to found, and he was secretly placed under house arrest. The people who had reverently greeted him upon his return now trembled in fear of his persecution and imminent death. Many tried to visit and support St. Ekvtime, but they were forbidden. On February 21, 1953, St. Ekvtime died of a heart attack, and three days later a group of approximately forty mourners accompanied the virtuous prince to his eternal resting place. 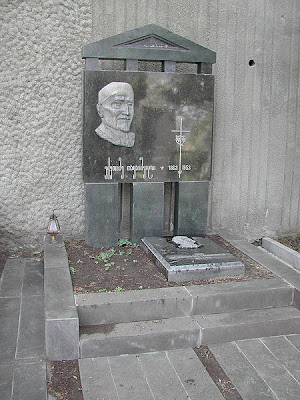 On February 10, 1963, the centennial of St. Ekvtime’s birth, his body was reburied at the Didube Pantheon in Tbilisi. When his grave was uncovered, it was revealed that not only his body, but even his clothing and footwear had remained incorrupt. St. Ekvtime’s relics were moved once again, to the Pantheon at the Church of St. Davit of Gareji on Mtatsminda, where they remain today.The body of Nino Poltoratskaya-Taqaishvili was brought from Leville (France) and buried next to St. Ekvtime on February 22, 1987.The Holy Synod of the Georgian Apostolic Orthodox Church canonized St. Ekvtime on October 17, 2002, and joyously proclaimed him a “Man of God.”

hi, new to the site, thanks.