The Russian Orthodox Church Outside of Russia (ROCOR) has recently launched an Aboriginal Australian mission in Gunning, New South Wales, near an Aboriginal community north of Canberra, the capital of that Commonwealth.  The parish has been named for one of the Saints who has shined forth here in North America (and around the world, really!), St. John (Maximovitch) the Wonderworker, who was ROCOR’s Archbishop of San Francisco and Shanghai. (He labored in Paris too, a refugee from the Russian Civil War [i.e., Reds vs. Whites].)
I note that the missionary priest, Fr. Seraphim Slade [photo], is himself an Aborigine convert and ordained just last year.  Very cool!  This Indian encourages Aboriginal Orthodox missions here in the Americas too: Let’s not rest on our Alaskan laurels now!  (And yes, Indigenous people come in all shades, there and here.)
This retired broadcaster also likes the idea of Fr. Seraphim’s Aboriginal media work!

On Saturday the 4th of July 2009, His Eminence Metropolitan Hilarion travelled 2 and half hours from Sydney to the township of Gunning. Here, in the home of Father Seraphim and Matushka Helen Slade he served the Divine Liturgy in English and blessed a chapel in honour of St John of Shanghai and San Francisco. Ordained priest only a year ago and of aboriginal heritage, Father Seraphim’s work with aboriginal media organisations obliges him to travel widely around Australia to many indigenous communities. This provides him with many excellent opportunities to introduce Orthodox Christianity to indigenous Australians in many different locations. The blessing of the home chapel provides Father Seraphim with a base where the Divine Liturgy can be regularly served for a small but growing number of converts to the Orthodox faith in Gunning and surrounding areas.
Father Seraphim requested that the chapel be blessed in honour of St John of Shanghai and San Francisco because of the encouragement St John gave for the establishment of local churches and the evangelisation of non-Russian peoples.
Serving with the Metropolitan were Father Seraphim Slade and Father George Robertson from the St Stephen of Perm mission in Queanbeyan. Over 60 people attended the Divine Liturgy, with many travelling from Sydney , Queanbeyan, Canberra and Yass. The choir from All Saints Church, Kentlyn, under the direction of Sub-deacon Stephen McKay, provided the singing. Following the Liturgy, the Metropolitan, clergy and congregation attended a festive trapeza in the hall of the Gunning fire station. Among the guests were the elders of the local indigenous community. 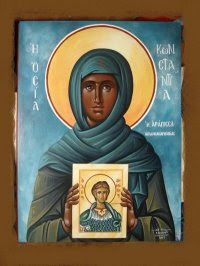 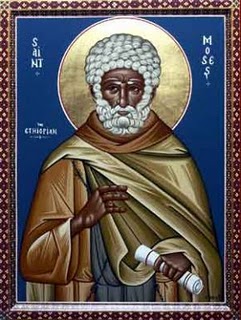 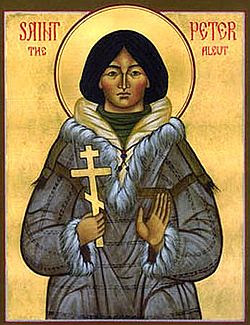 Moses the Black Saint & Teacher
Brotherhood of St. Moses the Black
Eldress Konstantia from Africa
Holy New Martyr Peter the Aleut from Alaska
St Jacob (Netsvetov) of Alaska
Saint Olga of Alaska
The Stories of the Saints of North America
Saint Nickolas of Japan & the samurai Fr Paul Sawabe Takuma
A Letter from an Orthodox Christian to our Indian Brothers
Filmmaker Hopes To Capture the Orthodox Spirituality of Alaskan Natives

LIVE, BEYOND THE LIMITS!
LOVERS OF TRUTH: THE LIFE OF HIEROMONK SERAPHIM ROSE 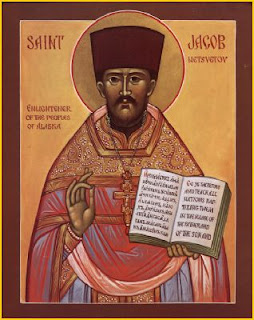 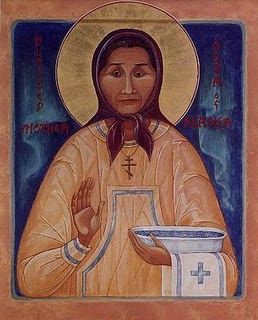 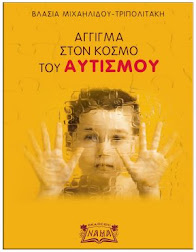