Orthodox Carpatho-Russia: The People From Nowhere 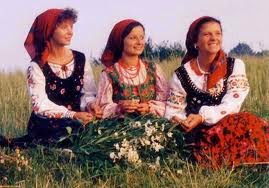 Lord, Thou hast been our refuge from generation to generation.

O God, give me the strength to live through this day and help me to survive in this foreign land where they have brought me and my children...O Lord, give my children the wisdom to find their way back to the native land of their grandfathers and great-grandfathers to honour their graves, their churches and their faith.

Click:
Hieromartyr Maxim Sandovych
Church of PolandWestern Europeans in Search of Truth - The Nativity of the Mother of God Convent, Asten, the Netherlands
Orthodox Christianity In Czech and Slovakia Is GrowingThe Orthodox Church in Belgium and in Luxemburg

The Stories of the Saints of North America
LOVERS OF TRUTH: THE LIFE OF HIEROMONK SERAPHIM ROSE
OUR TALENT OF FREEDOM & SOME PITFALLS
THE ORTHODOX SAINTS OF THE ANCIENT CHURCH IN THE BRITISH ISLES AND IRELAND
Orthodox America - By Issue Number
ORTHODOX OUTLET for DOGMATIC ENQUIRIES
St Herman Press
Αναρτήθηκε από ΝΕΚΡΟΣ ΓΙΑ ΤΟΝ ΚΟΣΜΟ στις 8:54 μ.μ.